You and I are here today, wherever we are now, for one purpose – to have a relationship. Not just human beings, but every living thing on earth exists for a relationship – cat, dog, ant, plant. But that’s not all. Every single nonliving object on earth, created or manufactured – stone, river, pen, knife, computer – exists to facilitate and enhance a relationship. Now if some objects are used by man to destroy relationships it is not in any way the fault of the object. 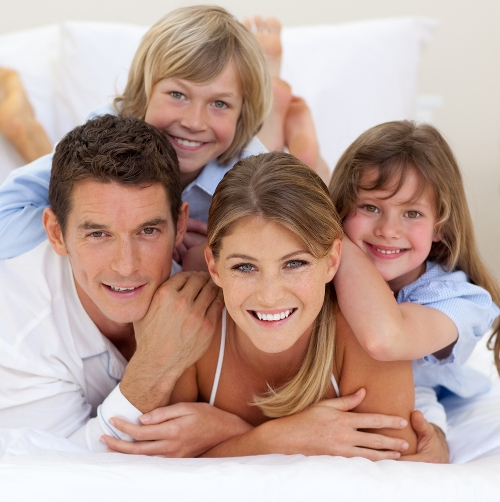 The single most important activity in your life today is building relationships, starting with your loved ones.

Obviously, nothing exists for a relationship for a person to whom everything had its origin in a primordial nonrelationship. If everything is an offspring of a primeval accident or aberration, then everything can logically exist for one purpose only – to survive at the cost of every other existence by becoming the fittest, which is possible only by making others less fit than it.

Everything exists for only one purpose for the one who believes in that origin – to aid him, to please him, to comfort him and to give him pleasure in his relentless quest to make his survival as fit as possible.

But if you are among those who believe that the universe and all things in it, including you and the people in your life, were put here for a purpose that transcends the self, then you better be taking great care to ensure the continuance and health of your relationships. You better be always building and developing relationships all around you, otherwise the relationships are going to wane and eventually wither away. There is no middle ground in relationships. You build, develop and cherish, or you neglect, demolish and cast away.

Every uplifting word you speak today will go unswervingly on its ordained course to build a better relationship; every harsh word that you utter, if left unchecked, will be an avalanche gathering even harsher words and acts and crash in the abyss of a bitter relationship. This is the ultimate result of the universal law of cause and effect.

Far more than the law of gravity and the laws of motion, this causal law is more immutable and more inexorable than any other universal law. Immutable, because it cannot be altered or changed in any way; inexorable, because it cannot be stopped or avoided. The law of gravity is immutable but it is not always inexorable. A man who defies or does not believe in the law of gravity and jumps from a five-storey building to prove he is right suffers the inexorable consequence. But I have heard of at least one published case of two drunks opening what they thought was a door and falling from the French window down several floors, and then getting up from the ground and staggering arm in arm jovially away. But I am yet to see or hear of a case of someone escaping the effects of the causes he set rolling in his relationships.

There is no middle ground in relationships. You build, develop and cherish, or you neglect, demolish and cast away.

As a parent, every word you speak to your child is going to enter his conscious and from there into his heart and boomerang to you in multiplied effect. Ever noticed that when a child screams at his parent it is always at about 50 decibels higher than it is when the parent shouts at him? The words that wound the child’s heart continue to have their domino effect even into his adulthood, spilling into his relationship with his wife, his children, his colleagues, his fellow commuters, and even with his Dalmatian that jumps on him in affectionate greeting when he returns home after an unnice day at work. Put the blame on his father or grandfather, or somebody else up the line, who got the verbal cannonballs rolling down the generations.

As a husband or wife, every word you speak to your spouse is like a chunk of concrete falling from the ceiling of a beautiful edifice, or a polished stone that goes to further reinforce the foundation. Golden wedding anniversary celebrating 50 years of intimate relationship happen when all the words and acts of the husband and the wife have inexorably gone on to finally complete a celestial home for the couple. Divorce after 10 or 20 years is where the dagger-sharp words and deeds kept shedding vital pieces from off the marriage mansion year after year, until there was nothing left to live in, and the couple go looking for new mansions to live in.

‘I am a marvelous housekeeper’, said Zsa Zsa Gabor. ‘Every time I leave a man, I keep his house.’ The beautiful actress had nine mansions to keep, but not a single heart to weep with her.

May your every word go forth to soothe, and not to seethe. Let your fingers handle to bring the healing touch, to always caress and to fondle, and never to harass.

This website has one purpose in all its contents – that you and your family may go on to build beautiful lives and homes which you can pass on from generation to generation.

‘We have all made such a fetish of financial success and forgotten frequently that success of any kind, when it does not include success in one’s personal relationships, is bound in the end to leave both the man and the woman with very little real satisfaction.”   Eleanor Roosevelt