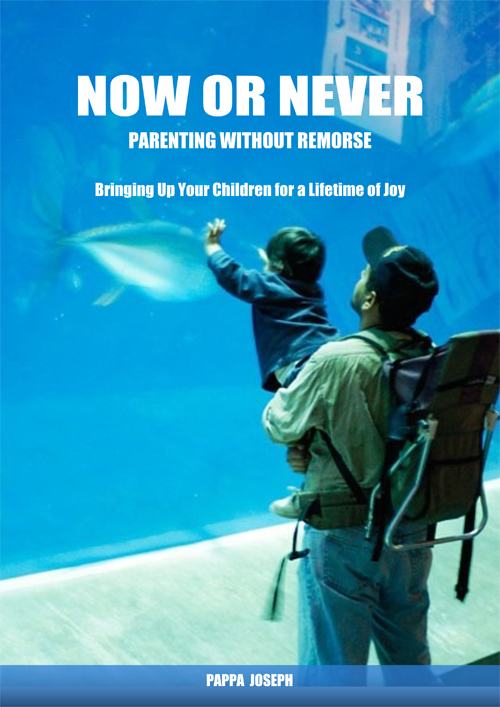 This chapter is meant particularly for couples planning to have their first child. But it is also for couples who already have a child; they will gain a new perspective of the awesomeness of the coming into being of a life which never existed before and which will never have its uniqueness taken away or diminished in the least by another life in eternity.

As you unite your body and soul with your life partner, all the forces of heaven and earth rejoice in the ecstasy of that union, and join together to produce the greatest expression of their joy – a new life resembling yours in amazing ways, and yet so different in astonishing ways. For it is a union that sets into force a new dimension of existence, introduces a personality absolutely unique in eternity, launches a new element into the purpose of the whole universe, and starts recording new entries in the chronicles of man kept in heaven.

That is the awesomeness of what you and your spouse are going to be responsible for when you plan to have a baby.

Because you plan to have a child, multitudes of people with your genetic dispositions will be able to experience the delight of inhaling the scents of fresh flowers; they will have the blessing of seeing the sun rise and set, and other awesome wonders of nature; they will be able to use their hands to build homes and societies, their legs to explore and inhabit new corners of the earth and space, and their minds to discover new dimensions of living – which will never happen if you decide not to have a baby.

In fact, the forces of the universe have already been set in motion from the very moment you and your beloved set sight on each other for the first time in your lives.

From the moment you first set eyes on your future spouse, and your mind allowed amorous thoughts and your body began to sense irresistible vibes towards the new person, spiritual and physical elements cohered within you and began preparing for a new life. These elements generated from heaven and from earth reach their maximum intensity at conception. Thereafter these elements merge into and become part of far greater elements of creation: the genes of the parents, their health, their dispositions, their weaknesses and strengths, their beliefs and attitudes, their fears and phobias, their joys and pleasures. Every single one of these newer elements plays a vital role in developing the embryo into a fetus, the fetus into a child. And when the child is born, still newer and even greater elements of creation come into being in the life of the newborn, and these elements continue its work until the child is an adult capable of making his or her own decision. These latest elements are: heredity, the environment, the cultural and spiritual environment, the society, parenting, and freewill.

You cannot do anything about heredity, and you may not always be able to protect your child from unwanted cultural and spiritual influences, or from the influences of the society your child grows up in. But as parents, you can have a monumental role in the character formation of your child, and the direction in life he or she would take as an adult. So consequential are the effects of good and bad parenting that generations after the parents are dead, their descendants would continue to reap the consequences of how those parents brought up their children.1

In fact, the Bible states that in the present age no single factor in the world determines earth’s total destruction or survival as the quality of relationship between parents and their children.2

When you plan for your first child, or your next child, remember the awesome responsibility that God has placed on you. Your wise decisions as a parent will mean that there will be blessed generations of upright people who will rejoice in you as their first ancestor3; your unwise decisions will mean that your children and grandchildren, even to the fourth generation will reap a terrible penalty for what you as their progenitor has done in your parenting days.4

‘Has He not made you and your wife one?…And what does He seek from such a union? Godly children.’   Malachi 2:15 The Voice

1 ‘Naaman’s leprosy will cling to you and to your descendants forever.’  2 Kings 5:27

‘He decreed statutes for Jacob and established the law in Israel, which he commanded our ancestors to teach their children, so the next generation would know them, even the children yet to be born, and they in turn would tell their children. Then they would put their trust in God and would not forget his deeds but would keep his commands.’   Psalm 78:5-7

3 ‘The children of your servants will live in your presence; their descendants will be established before you.’   Psalm 102:28

‘Their children will be mighty in the land; the generation of the upright will be blessed.’  Psalm 112:2

4 The Lord, the Lord, the compassionate and gracious God, slow to anger, abounding in love and faithfulness, maintaining love to thousands, and forgiving wickedness, rebellion and sin. Yet he does not leave the guilty unpunished; he punishes the children and their children for the sin of the parents to the third and fourth generation.’  Exodus 34:6-8

THIS IS THE FIRST CHAPTER OF THE BOOK ‘NOW OR NEVER’. CLICK HERE TO GO TO THE BOOK.