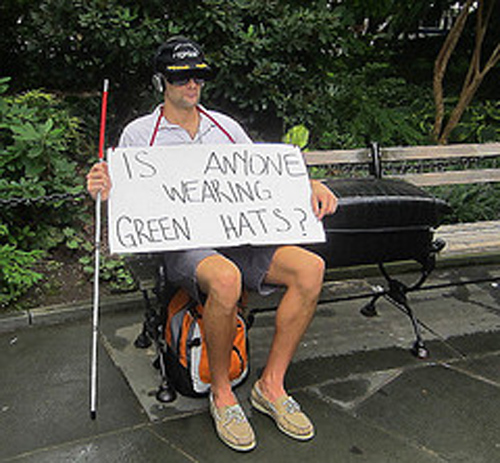 After years of research, the first bionic eye is available on the market, giving hope to the blind around the world.

Developed by Second Sight Medical Products, the Argus II Retinal Prosthesis System has helped more than 60 people recover partial sight. Consisting of electrodes implanted in the retina and glasses fitted with a special mini camera, the bionic eye, called Argus II, is the world’s first to go on the market.

Other researchers are also developing bionic eyes of their own that would offer higher resolution images with more electrodes implanted in the retina.

According to the manufacturers, the bionic eye is ‘a far cry from restoring 20/20 vision’. What it could do now is provide ‘low vision’ to blind people – which is a remarkable achievement in itself.

Once-sightless patients fitted with bionic eyes can see motion and can avoid stumbling into large objects. They ‘are able to follow a person walking down the street and discern a street curb without using their canes’. They can differentiate between a cup, a plate and a knife. The bionic eye that provides this capability has just 16 electrodes, and researches are now going up to 60. In about 5 to 7 years, they expect the models to have 1000 electrodes, which will be enough for face recognition.

Bionic vision has the potential to help millions of people around the world. However, presently the benefit extends only to people whose sight is impaired because the thin layer of tissue that lines the eye and processes images is deteriorating. But the world is waiting for research to come up with artificial eyes that can give sight to people with any form of blindness.

Whether research eventually comes up with such a device or not, very soon, possibly in our generation, every blind person in the world will receive total sight through God’s direct provision when he comes to rule the earth.

‘Energize the limp hands, strengthen the rubbery knees. Tell fearful souls, “Courage! Take heart! God is here, right here, on his way to put things right and redress all wrongs. He’s on his way! He’ll save you!” Blind eyes will be opened, deaf ears unstopped, lame men and women will leap like deer, the voiceless break into song.’   Isaiah 35:3-7 The Message